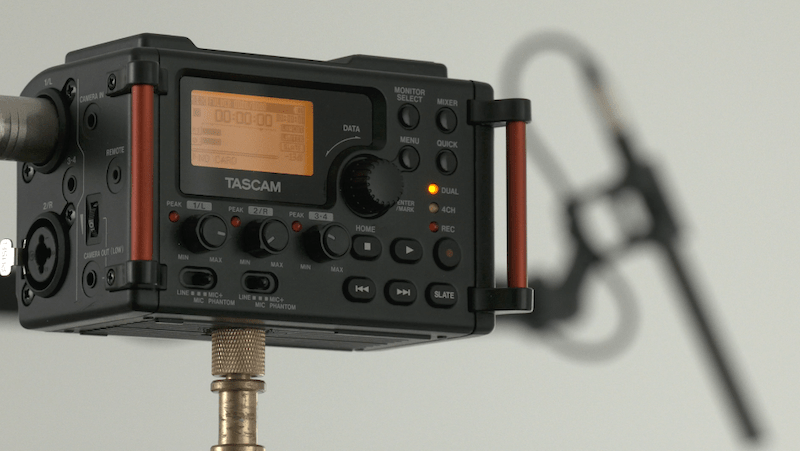 Once everything’s rigged, you will need to do a sound check with your talent before you begin recording. This will enable you to establish good input levels for your recording. It is highly inadvisable to rely on automatic recording levels, even the very best of which can sound pretty awful. Much better to set your recording level manually.

Get your talent to read a short poem or tell you about their journey to the shoot, rather than indulging in the 1,2 1,2 cliché, as a more extended piece of speech gives you a much better idea of how they’re going to talk during filming and how the volume levels of their voice are likely to change. Your main recording level should be set to average around -12db on your audio meters and you should avoid letting your metres hit 0db or going red, as this means the signal is clipping or distorting, which will be audible on playback.

If your equipment allows, record a safety track around 10-12db below your main audio track; so that if you do get an unexpected peak in volume, you can cut to this in post. This also allows you to avoid the temptation to ‘ride’ the recording level in response to the changing level of your talent’s voice, which can cause far more issues than it solves. If your recording device has an audio limiter, you can use this to contain the hottest signal peaks in your audio input. However, you should not rely on it to compensate for average recording levels that are simply too high, as this gives an unnatural, ‘squashed’ sound on playback.

One last thing to do, before starting your interview, particularly if you’re in a noisier environment, is to record maybe 30 seconds of the ambient sound. This gives you a section of background noise that matches the background of your main audio track. You can use this for sound bridges over gaps in your main audio track during post. These are often caused by things like fade to black transitions or B-roll sequences that are added during editing, which go beyond the length of a main storyline clip.  Background sound will generally sound far better than sections of silence.

Once you start recording it’s important to monitor your audio throughout, preferably over decent closed back headphones such as the Sennheiser HD380 Pro, rather than by simply watching the audio meters. Don’t be tempted to use ‘noise cancelling’ headphones, as these are designed to filter out exactly the kind of extraneous background noise that you really need to be aware of during recording. Wearing headphones releases your eyes to focus on the action rather than on your sound level meters, while your ears can concentrate on the soundtrack as it’s going to camera. There’s also something about wearing headphones that sharpens our listening senses, enabling us to hear things like slammed doors or distant police sirens in the background, that otherwise our hearing may simply block out. 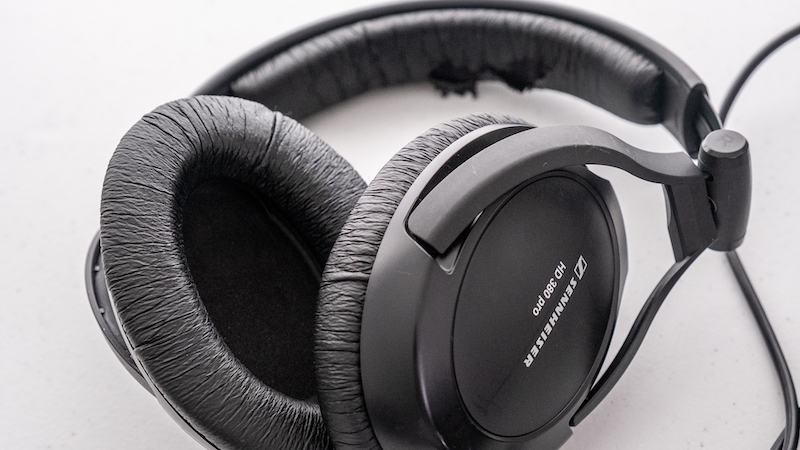 Good closed-back or ‘extreme-isolation’ headphones are essential to monitoring audio during a shoot. These should not be confused with noise-cancelling designs, which could filter out a lot of ambient sounds that you really need to hear.

When you’ve finished, if time allows, let your talent take a break while you check your clips for any issues with the audio, just to be on the safe side. Hopefully, everything’s fine, and you have a good quality soundtrack for your video interview. However, if there’s a problem, it’s much better to do retakes while you’re set up and have the talent at your disposal, rather than needing to schedule a re-shoot at a later time.

If you would like to enquire about Mooma Media taking marketing photographs, or producing a marketing video for your business,or any other type of media service, click on the button below to find out more.