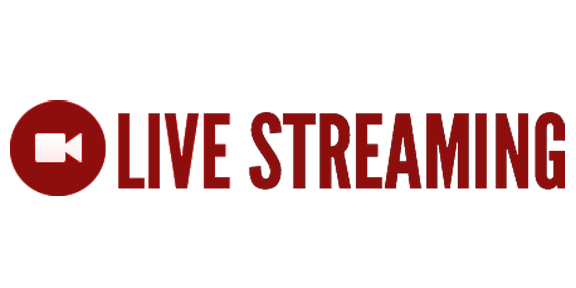 Any new school year brings with it new challenges, non more so than in 2020. Schools face unprecedented restrictions on their activities, due to social distancing rules imposed to control the spread of the COVID-19 virus. As we begin the Autumn term, when many schools would normally be planning public events for later in the year: presentation evenings, speech days, recital evenings and so on; expectation that these can go ahead in any form whatsoever is probably close to nonexistent. However, in much the same way that many people have managed to meet online during the pandemic, using services like Zoom, Google Hangouts and Facebook Messenger, internet technology still offers considerable scope for schools to celebrate publically!

Events that have been open to the public in the past can now be broadcast online via live internet streaming. Online video platforms, including YouTube and Facebook, offer free to use streaming channels that can be used by schools to allow parents to be a virtual audience for their event. All that’s needed to do this, in theory at least, is a stable internet connection and a mobile phone or tablet. However, while you might be more than happy with the video and sound captured by a mobile device for personal use, they don’t even come close to being capable of producing professional looking and sounding broadcast footage.

What do you need?

If you want to take your event’s live stream to a more acceptable level, you’ll need to invest in a reasonably good video capable camera, which has an external mic input and HDMI output. Many consumer grade camcorders, while capable of capturing good quality video, don’t have an external mic input, so be sure to check connectivity before purchase. Most DSLR and many compact system cameras can capture good quality video and also have an external mic input, making them infinitely more suitable for the job than a mobile device. An external mic input is important because even a relatively cheap external mic will give far better results than one built into a camera. While a camera mounted external mic will improve the sound quality over a built-in mic, it will still pick up a lot of room reflections or reverb (that echoey sound that characterises so much amateur video), so getting the mic in closer to the action is a good idea if you can, although this means purchasing a stand of some sort and a suitable mic cable to connect the mic to your camera. Another way of achieving the same result is to take a feed from your house PA system if you’re using one.

In addition to a camera and external mic, you’ll also need some kind of video capture device that can convert your camera’s HDMI video signal to USB, which can then be fed into a laptop. On your laptop you’ll need OBS (Open Broadcast Software), which is open-source software, meaning it’s free to download from here.  Don’t be put off by OBS being free; it’s a powerful application that does its job very well indeed. OBS also has a vibrant user community, so if you get stuck there are plenty of people to turn to for help. Setup instructions for OBS can be found here. If you want to get really fancy, OBS will also let you add other elements to the screen, your school badge in the corner perhaps. 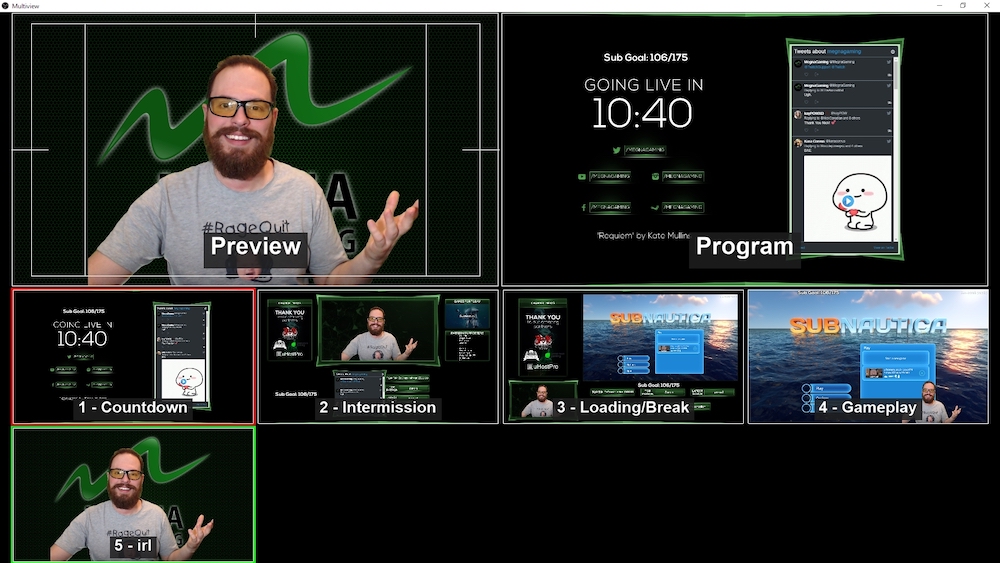 Although you could plug a mic directly into your laptop rather than going via your camera, I’ve often found that this causes synchronisation issues, as video processing in the capture card can introduce significant latency (delay) to the video signal reaching your laptop. Although this delay can be compensated for in OBS, delaying the audio so that it matches up with your video signal, this adds a whole level of complexity that you could probably do without. Much better to have the audio signal already embedded in your HDMI feed, meaning that it arrives at your laptop in-synch with the video signal.

So, you should now have a setup that looks something like this:

Next, you need to connect your computer to the internet and log into your account for the host platform that you want to stream to. The Youtube streaming page can be found by clicking on the “Create” icon at the top of your YouTube account’s main page, then clicking “Go Live”. 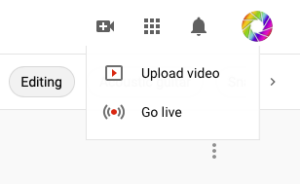 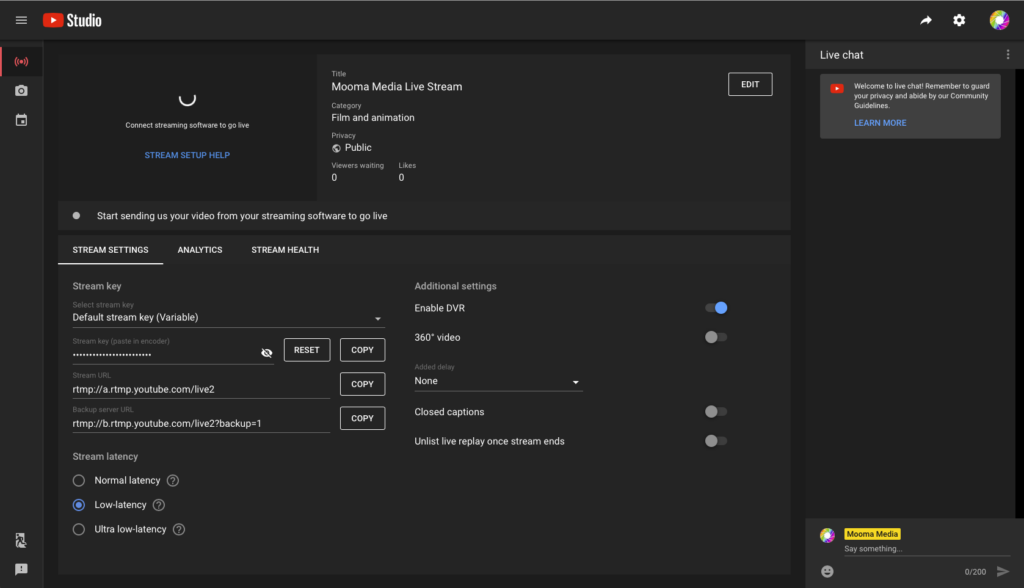 All you need to do is enter the stream address and stream key into your OBS software and you can go live. Before doing this, however, make sure you change the privacy setting to “unlisted”, which is a bit like making a telephone line ex-directory, this way only people with the stream address will be able to find it, thereby protecting the students involved. The stream address can then be emailed out to parents in advance, along with the start time. Likewise, you can “unlist” the recorded video once the stream has ended. Don’t be tempted to select “private” as this requires viewers to be logged in to your YouTube account. As you stream, the video is being recorded and can be viewed later if this fits in with parents schedules; alternatively you can delete it.

The streaming process on Facebook and other platforms is very similar, requiring very little setup time or technical knowledge.

Before broadcasting your live stream, it’s worth doing a test to ensure that all of your settings are working well. Don’t be tempted to stream at very high definitions or bit rates as a) most viewers will probably be watching on a mobile device, where 4K and even 1080p are wasted, and b) this requires greater bandwidth and is more prone to dropouts if demand on your internet connection is high. 720p will almost certainly suffice. To ensure the most stable connection, ethernet will always be preferable to WiFi, which is another reason to avoid using mobile devices if possible.

Getting the most from your live stream

If you want to take things further, you can add more cameras to your setup. Each camera will need its own video capture device and its own USB port. With multiple cameras, you can easily switch between different camera angles to create a really immersive viewing experience. In addition, you could mix in photos or pre-recorded video from your laptop, add lower thirds subtitles, create picture-in-picture scenes with two camera feeds; in fact, the only limits are your imagination and your laptop’s processing capabilities.

Mooma Media offers competitive quotes to produce website or social media marketing videos and to film or live-stream events. To find out more about any of Mooma Media’s live streaming services, use the contact button below.