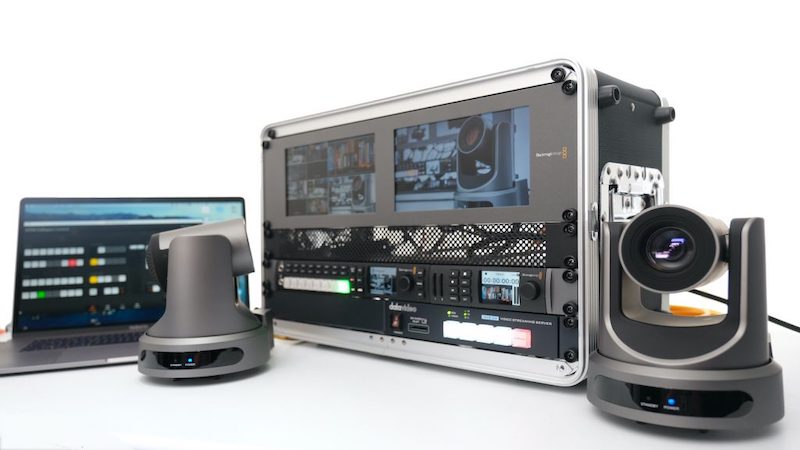 Multi camera production. Could this be the way forward for your next project?

Programme makers use multi-camera production to hold the viewer’s attention with changes of angle and shot. You may have seen this, for instance, when watching exchanges between hosts and guests on chat shows. Wide-angle views of a whole stage are mixed with closeups of the talent as they converse. The helps the programme maker to create a sense of context, while also focussing on each speaker as they talk.

In a pre-recorded production setting, we can set each camera to record continuously. We can then put the footage together to make a finished video. This allows us to do retakes and to select specific footage afterwards, giving more control over the final product. We can also use changes of angle to cover edits, so that whole sections can be cut completely if needed. Programme makers like this method for filming things like interviews, because it allows for multiple takes, editing out of gaffs, etc.

In a live production setting, we send the video signal from each camera to a production switcher. We can then cut between these feeds in real-time and then broadcast or record the output as a continuous programme. This type of multi-camera production is used for sports coverage, live TV shows, concerts, and so on. In these situations, the programme maker can’t stop the action and part of their appeal is the feeling of immediacy. 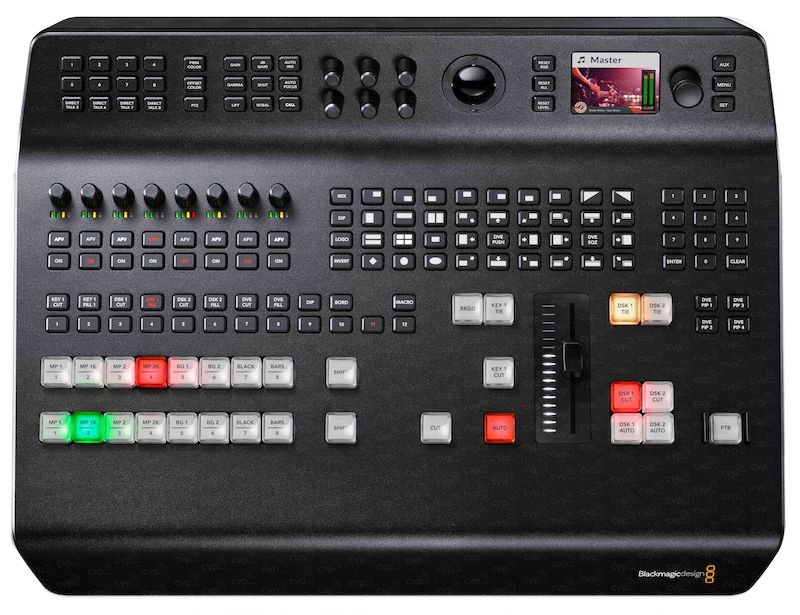 In a pre-recorded multi-camera setup, all we need are cameras for recording and software for editing. We also need a computer to run the software, of course.

In a live multi-camera setup, we will need a production switcher to combine the incoming video signals. We will also need to get the signals from the cameras to the switcher. For this we need to use specialist cables or wireless systems, as consumer HDMI cables only work over short distances. We also need some kind of stand-alone video recorder and/or a streaming encoder for internet broadcast. For live production, we often handle recording and streaming with a computer and specialist production software.

The image below shows a typical live multi-camera setup that we could use to live-stream a seminar or conference. I’ve shown three cameras being used, in the example below, along with slides from the presenter’s laptop being shown as part of the video. 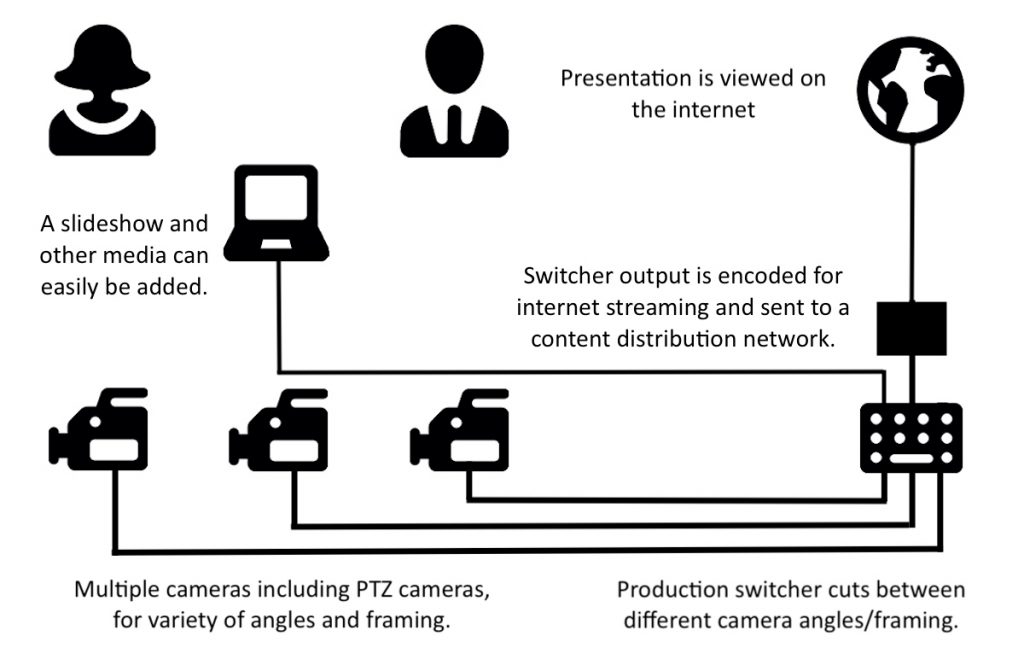 In addition to capturing video, we also need some way to bring audio into our video production. This is quite easy if we’re using a single camera. We simply plug a microphone or other audio source into our camera and voila! However, things become a little more complex if we’re capturing video from multiple sources. This is because our audio needs to come from a single source to be consistent.

It’s normal for us to use Master audio, from a single camera, throughout, in a pre-recorded multi-camera production. We can then synch video from the other cameras to this in our editing software. The audio remains consistent because it has come from a single source.

We can apply a similar principle during live multi-camera production. However, we have a choice of methods for achieving this.

We can bring the audio into the system later in the chain, bypassing our video switcher. However, this can give us lip-sync problems because video takes time to process and will be late compared to the audio. This means that we need to delay the audio using software or a hardware delay line.

However, some video switchers allow audio from a single camera to persist, even when another camera is live. This allows us to embed audio from a master camera into the switching process, therefore remaining in sync with the video.

When is it a good idea to use multi-camera production?

Pre-recorded multi-camera production is suited to situations when we can edit our video after the event. We may want to record several takes and use the most successful sections from each. Or, we may want to remove unwanted material, including mistakes. Having footage from multiple cameras makes editing easier in this kind of production. This is because we can use changes of angle to effectively paper over the cracks.

When we need to capture a continuous, real-time event, live multi-camera production is ideal. Events with a live audience can’t be paused to retake a shot or to re-set a camera, so editing later isn’t an option for us. Capturing events like live performances, lectures, and seminars demands live production.

Are there any disadvantages to multi-camera production?

It’s obviously a far more complex process to shoot with multiple cameras than it is to film with a single camera. It requires additional equipment and expertise; and has additional points of potential failure.

Stourbridge-based Mooma Media offers video production, event filming, live-streaming, and still photography services to businesses, the public sector, and other non-commercial organisations throughout the Black Country and the wider West Midlands region. To discuss your project, or for a competitive quote click the button below.

Multi-camera filming and live streaming in and near:

This website uses cookies to improve your experience while you navigate through the website. Out of these, the cookies that are categorized as necessary are stored on your browser as they are essential for the working of basic functionalities of the website. We also use third-party cookies that help us analyze and understand how you use this website. These cookies will be stored in your browser only with your consent. You also have the option to opt-out of these cookies. But opting out of some of these cookies may affect your browsing experience.
Necessary Always Enabled
Necessary cookies are absolutely essential for the website to function properly. These cookies ensure basic functionalities and security features of the website, anonymously.
Functional
Functional cookies help to perform certain functionalities like sharing the content of the website on social media platforms, collect feedbacks, and other third-party features.
Performance
Performance cookies are used to understand and analyze the key performance indexes of the website which helps in delivering a better user experience for the visitors.
Analytics
Analytical cookies are used to understand how visitors interact with the website. These cookies help provide information on metrics the number of visitors, bounce rate, traffic source, etc.
Advertisement
Advertisement cookies are used to provide visitors with relevant ads and marketing campaigns. These cookies track visitors across websites and collect information to provide customized ads.
Others
Other uncategorized cookies are those that are being analyzed and have not been classified into a category as yet.
SAVE & ACCEPT